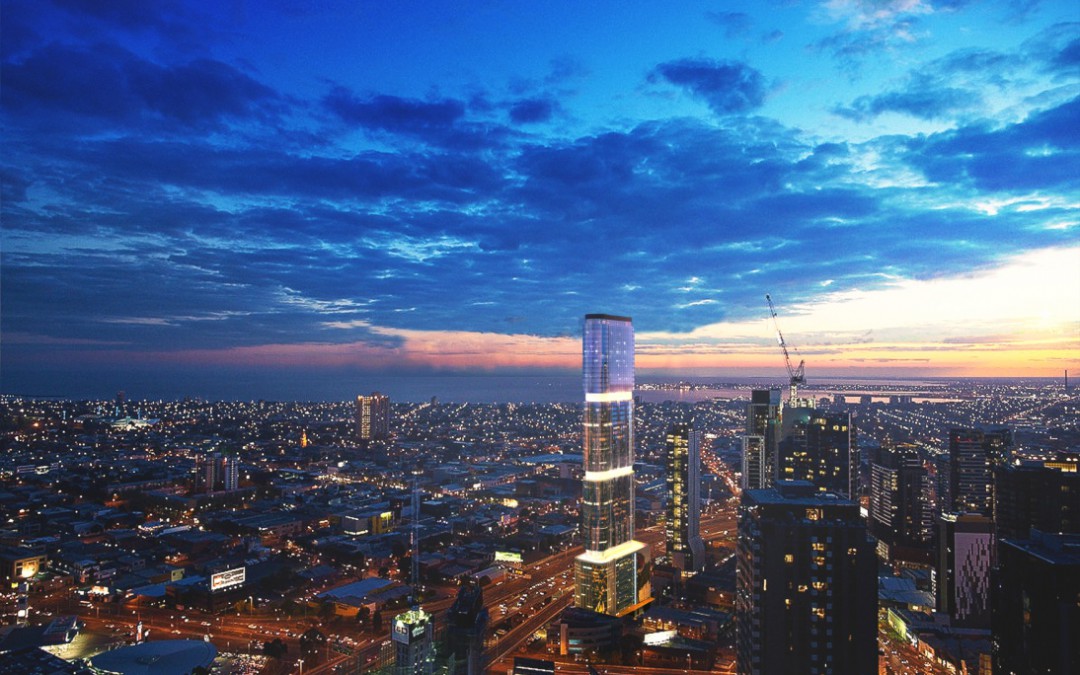 A landmark high-rise apartment tower in Southbank whose glass exterior is wrapped in solar cells will provide its residents with “off-the-grid” power stored in Tesla-like batteries, its designers say.

The 60-level building will be the first skyscraper in Australia environmentally engineered to include solar cells in the facade, creating a far greater surface area for catching the sun’s rays.

“We get an enormous area of solar panels by comparison to running them across the roof,” said Peter Brook from Peddle Thorp, the architects behind the design.

The curved exterior of the building has been orientated to deliberately capture the sun’s movement from east to west throughout the day, a feature that had created an “elegant tower”.

“The objective will be to have a complete off-grid building. That’s probably somewhat over-ambitious but the objective is to get as far as we can down that road,” Mr Brook said.

To do that, high-tech solar materials will be sourced from China, wind turbines will be fitted on the roof, glass will be double-glazed, a battery storage system will service the 520 apartments and it will have low-energy LED lighting throughout.

The tower, which has been submitted to Planning Minister Richard Wynne for approval, is set to rise above 42-48 Moray Street, directly abutting the King Street off-ramp of the West Gate Freeway.

The Sol Invictus tower has been designed to capture the sun’s movement from east to west.

Mr Brook said the apartment’s location so close to the freeway would not be a problem as lower levels were devoted to commercial offices, shops and car parking, while dwellings only started on the 11th floor.

ICR Property Group’s Raff De Luise, who represents the landowner behind the project, said it will be known as the Sol Invictus Tower – Sol Invictus meaning “the invincible sun”, after a Roman sun god.

The mix of one, two and three-bedroom apartments were “exceptionally large” and the tower would also provide public and private amenities including a childcare and medical centre, he said.

“Some of the formats of the projects we do overseas have been far more adventurous than what we are able to do here,” he said.

Mr Brook said that in the two years since the firm first started designing Sol Invictus, the solar technology it intended to use had advanced rapidly. He expects a similar leap over the next two years before construction begins.

The building’s current design would provide more than 50 per cent of the tower’s base load power. Technological advances were expected to significantly boost that figure before it was built, he said.